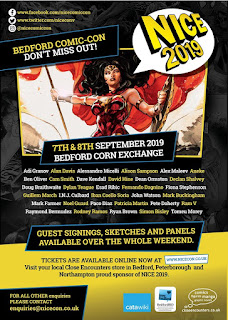 Just back from NICE 2019. I say just back, I got back yesterday, but I had an astonishing number of emails congratulating me on an excellent Jack Kirby talk and had to read those first. It was a last minute decision to go to NICE. I'd expected to be down in London seeing my new Grandson, but he very kindly arrived a few weeks early and John Watson, who never learned to drive, needed a lift.

I had tried, over a period of many years, to write a book with John. That's another story though, for another time. Suffice to say, I was looking forward to spending a bit of time with John not talking about writing books, just chatting about music and comics, maybe eighties TV shows. I was optimistic. I'd been asked to give a talk on Jack Kirby, but other than that I could just hang out, chat about comics, maybe sell a few prints, and I had a bunch of old comics to sell. It would be a relaxing weekend. Great.

John asked me to pick him up at 14:00. No problem. I arrived at 14:01. John complained that I was on time, he wasn't ready yet. The next day when he realised he'd forgotten some things, this was my fault because I arrived early. There's a common storytelling device in modern comics - retconning - "introducing a piece of new information that imposes a different interpretation on previously described events". John does this a lot.

At least we could chat about comics on the way down. John started off by telling me about his hatred of Reggae music, then launched into a 4 hour breakdown of the plot of his next novel. It was like having an audio book CD jammed in your car stereo that you can't turn off. To be fair, the plot was pretty good, but I'd have rather listened to some Reggae. Spurred on by John's incessant plotting, I made the journey in record time, we arrived early. Jeff was at reception, he'd lost weight, but gained some new swear words, he hurled a few at me and told me one of the guys doing the panels had cancelled and could I stand in for him. I didn't mind, I understood that there aren't many people as knowledgeable as me about comics.

The door to the hotel room was open when we got to it, but refused to open with our keycards once we closed it. You could see the lock was faulty, it was at an odd angle and you could move it by breathing on it. I reported it to the nice man at reception, telling him the lock was faulty.  He checked the keycard on his reception scanner, smiled knowingly and offered to "show me how to open" the door. I followed him up to the room and enjoyed watching him try and open the door for five minutes before admitting the lock was faulty. We got in eventually, but every time we left the room, the door was mysteriously open again when we returned, it's a good job there was nothing valuable in the room, just John's art.

Then we went to the bar and John made more money selling art in five minutes than I made all weekend. After chatting at the bar for a bit, we went for a meal at Wetherspoons with Mick, Rich, Nige, Alex and Michael. Nige, Alex and Michael took advantage of the "3 plates for £10" offer and ordered enough food to feed about 200 people. It was OK though, we talked about comics.

Back at the bar, we talked about comics, also great. Went up to our room at about 1am, I prised the twin beds apart to minimise the volume of John's snoring and tried to sleep. John kept me up until 4am talking about the plot for his second novel. Again.

Chatted with Mick, Rich and legendary inker Mark Farmer at breakfast. The NICE hotel breakfast buffet was adrift with comic talent. At one point we watched Mark Buckingham help a little boy (who was part of a wedding party that was also at the hotel) get his morning apple juice by physically tipping the barrel at the breakfast buffet so the tap at the bottom got to the last dregs and filled his glass. It was inspirational. We'd all sat eating eggs looking at the little boy with an empty glass, wondering why he looked so sad, not bothering to ask. Mark stepped up. A super heroic moment from a man who draws superheroes.


My Kirby talk was tomorrow at 3pm, but I had two new panels to do today. I posed as Green Goblin for John's first con sketch of the day, then it was off to my first panel. It got cancelled. But later on in the afternoon I enjoyed talking to Adi Granov and Greg Staples about their film work. Adi and Greg made it easy for me by having some great stories to tell and unusually for a comic-con panel, we had an actual decent sized audience.


NICE was busy this year, certainly on the Saturday morning anyway, absolutely packed and rightly so. John did well selling what was an excellent selection of original art, including a lovely painted Marvel Apes cover. Given the choice between buying one of my prints and one of John's original pieces, nearly everyone chose the latter. I can only imagine this was because I spent so much time on panels, my fanbase spent most of their time in the panel room and became disoriented, wandering around Bedford reeling from the excellence of my panel chat, unable to find my table.

That evening we went out for an Indian with Mark Farmer and two Legion fans Julian and Rob. Julian and Rob had some great stories of UKAC, an early UK comiccon, where why used to do comic book quizzes in the format of Mike Reid's Runaround. Sorry I missed those. Mark had some great industry stories too, but I'll have to wait until some people die before I can relate them. Back to the bar for more chat, it was really great actually sitting at a comic convention and talking about the nitty gritty of comics for a change. Mark recommended checking out the inking of Ralph Reece, someone I'd never even heard of, you should look him up. Man, he was good.

We retired about 1am. Back in the room we started counting the cash we'd made that day. I was done by 1:01am and fell asleep at 3am while John was still counting. In the morning we struggled to open the hotel room door again, but only because there was a stack of John's cash on the floor jamming it closed.


Sunday was quieter, but the majority of ticket sales would have been for my Kirby talk, which got a standing ovation. The ovation was for Jack, not me really, but it was a great 40 minute talk that only overran by 45 minutes. It's possible they were just applauding because it finally ended. Had some great chats with people generally, proper comic fans. One man was a devoted Stan Lee fan and railed at my suggestion that Stan didn't really do anything that memorable after Jack left Marvel, he went away and returned an hour later with two A4 sides of issue numbers proving me wrong, I love that sort of dedication! 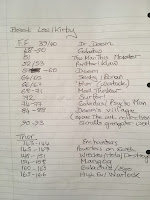 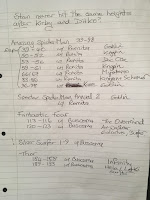 Aside from the excellent guest list, that was the defining vibe of NICE, the people who came were comic fans, the talk was all about comics and comic art. One kid came and bought a golden age Flash comic, not to sell it at a profit, but because he really wanted it for his collection. I met Adam Falp who was there with his own comics (the Fragment, below, thanks for the comics Adam!) and is collating a Jack Kirby 102nd birthday book with proceeds going to the Kirby Museum. I chatted to a guy who had a collection of Kirby Kamadi art, I met someone who loves Captain Victory! It was great. If you love comics, NICE is the con for you. 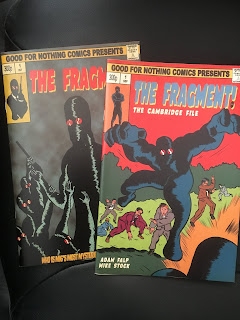 On the drive home, the Satnav suggested we take the M6 toll, I cleverly avoided paying the toll by turning the Satnav off and spending an extra 3 hours stuck in traffic instead of paying £8 and getting home earlier. John complained a lot about this, then started telling me about the plot to his second novel. Yet again. I was worried he was going to go over the whole thing again. A truck next to us in the jam was playing loud reggae music, I turned on the child lock to disable the electric windows on his side, and wound down his window. The sweet sound of Bob Marley drowned him out and I didn't worry about a thing.

Thanks to everyone who came to my Kirby talk. Many thanks and congratulations to Jeff, Bub, Close Encounters and the team for an excellent comiccon more in the tradition of events like UKAC or the Bristol Comics Expo than modern comiccons. A thing to be celebrated. Haven't enjoyed a con so much in ages. Not sure why you'd want to, but you can read John Watson's version of events here. 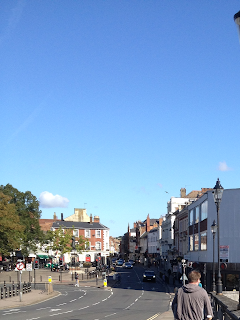 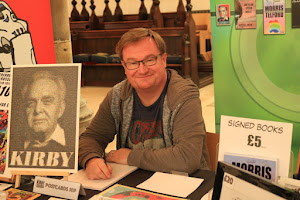